Home
Technology
Programmable Logic Controller without encoder inputs – how to handle it?

What is a PLC?

A PLC, short for Programmable Logic Controller, is a microprocessor device that is now commonly used to control individual machines, their units, and an entire technological processes. It is equipped with an appropriate number of input circuits, which collect the information about the state of the facility, service requests, as well as number and type of output circuits connected with actuators, signaling elements, or data transmission. For PLC to work, it must be properly programmed. The program is implemented to the device’s memory and is usually repeated cyclically afterwards.  Currently, PLC form a large and diverse group of products. From the simplest models, such as so-called programmable relays, up to complex devices with capabilities similar to industrial computers. 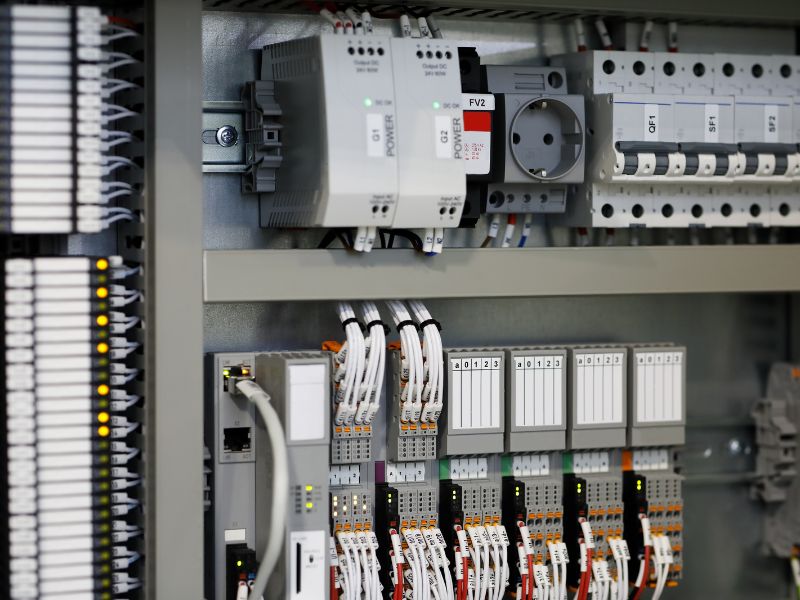 PLC with and without encoders input – where to find them?

Based on their built, PLC can be divided in two categories: modular controllers and compact controllers.

Modular controllers usually contain a power supply, a processor, and a number of optional modules. It means they can be freely configured by equipping them with additional modules. They can also be combined, modified and extended according to the growing requirements of the control system.  The expansion is obtained by attaching a dedicated module to the controller, which increases its functions and the number of inputs and outputs. Modular controllers are used to control complex production processes. They have a larger data memory, and are generally faster in processing complex algorithms. Modular controllers are the ones allowing the connection of encoders.

Where to find modular PLC controllers?

Modular PLC controllers can be found embedded in industrial applications used for automation of machines, production, and assembly lines.

Where to find compact PLC controllers?

Compact controllers can often be found in lighting control systems, home appliances, drives of entrance gates, and places such as pumping stations and sewage treatment plants.

How the lack of encoders input in a PLC can affect work?

Encoders are devices that enabled modernization of the industry. They are used to convert the offset and angular position into an electrical signal. They allow precise measurement of the angular position of the moving element, as well as its direction, distance and speed of rotation. The inability to use encoders makes it impossible to accurately measure important distances, which is a requirement for the automation of the production process and its efficiency.

What to do to be able to still use a standard encoder?

To be able to still use a standard encoders with a type of PLC that does not have a typical encoder input, it is necessary to use an alternative solution – a differential line receiver. Differential line receivers allow conversion of a differential encoder signal into a signal that can be connected directly to the PLC controller without any problems. To allow the connection, however, it is necessary to apply the pull-up resistors.